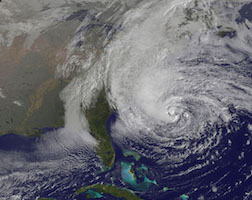 The CMAS, which was developed by the Federal Communications Commission (FCC), other agencies, and the wireless industry, is a public safety system that allows customers who own an enabled mobile device to receive geographically-targeted, text-like messages alerting them of imminent threats to safety in their area.

Many received CMAS messages for the first time and have found the new service valuable. The service though still is in its infancy. Not everyone received the WEA alerts as certain cell phone models are not compatible with the system.