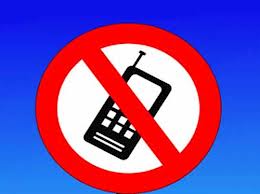 A few days ago, a roadside bomb took the life of three individuals near a procession held by Shi’ites in Pakistan. The security forces were appointed there to protect the procession from any terrorist attacks.
The government of Pakistan suspended phone coverage in several cities as a result of that attack. This is because terrorist make use of mobile phones to contact each other to carry out attacks on innocent people.
According to the intelligence report, more attacks could be made on Shi’ites as the month of Muharram reaches its climax. Also, more than 12 people were killed while mourning in Muharram.
First attack took place on Shi’tes in Dera Ismail Khan, which is a popular city of Pakistan. Sunni militant groups have a strong hold in this city and they do not consider Shi’tes as Muslims. It is said that they are making sectarian attacks in order to destabilize Pakistan.
More attacks could be made in the next few days; therefore, the government decided to suspend cell phone service in most cities of the country, such as Karachi, Islamabad and Quetta.
In Karachi, around 5,000 police were appointed to protect mourners on 10th of Muharram.

On 10th of Muharram, Shi’tes Muslims mourn the killing of the grandson of the Holly Prophet Mohammad (PBUH) and his holly family.