Mobile device shopping on the Rise this Christmas 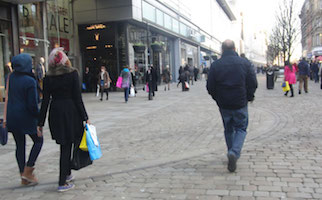 According to PayPal data shows, more Australians are shopping through mobile devices during this Christmas season. The data shows that 22% of Australians will make purchases worth $5.6 billion by use of mobile phones. In 2010, during the same period, the purchases were worth $155 million. So far, about 22% id Australians have already used their mobile devices in making purchases in this festive season.
In the last one month, 30% of the transactions were done from 8pm to midnight. PayPal’s Managing Director noted that consumers now have residual “shopping time” that is going on after the in-store experience. This was occurring after they have left the shopping centre by use of mobile phones. He also observes that consumers are shopping in bursts that are short, and mission-focused. This is being done through mobile devices as try to reduce their Christmas list as they relax at home or when commuting.

According to this managing Director, mobile shopping will continue to increase until Christmas is very close. However, the last-minute shoppers would result to physical stores. An earlier research by this organization revealed that people were increasingly using their mobile devices. PayPal’s data matches with that of Australian national Retailer’s Association.